Hi everyone! I recently went on a field trip to the Hindu Temple in Malibu for my Indian art and architecture class. It was absolutely beautiful! We were all very lucky that it was a nice and clear day because it had rained the night before. All of the photographs that I took didn’t need touching up or color enhancements – which just shows the amazing colors of the landscape that I experienced. 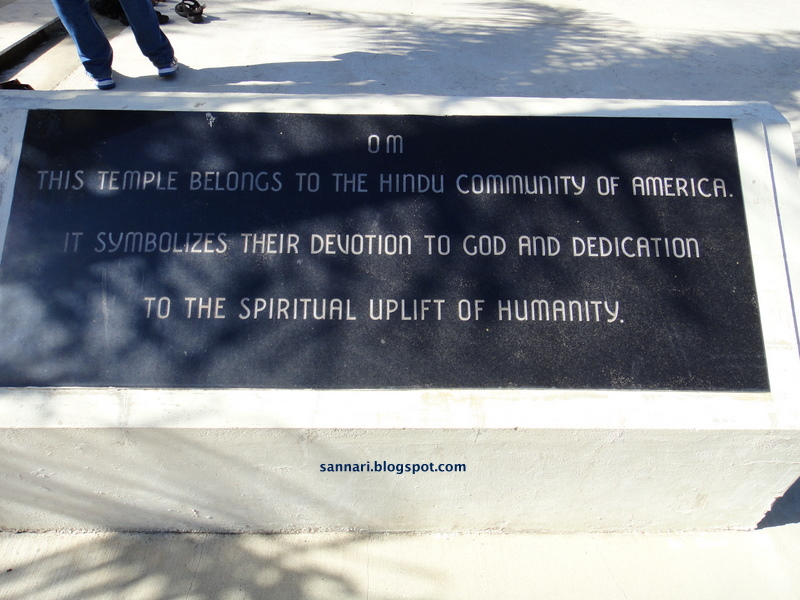 A sign in which states the purpose of the temple

Before entering the temple, we all had to take off our shoes. I was fine walking around the temple without wearing shoes, but once we stopped in the shade to talk about something, the ground became super cold! It was so cold that it felt like my feet were burning! It was hilarious! I had to constantly move my feet and find an area where the sunlight hit because it helped balance out the coldness of the ground. 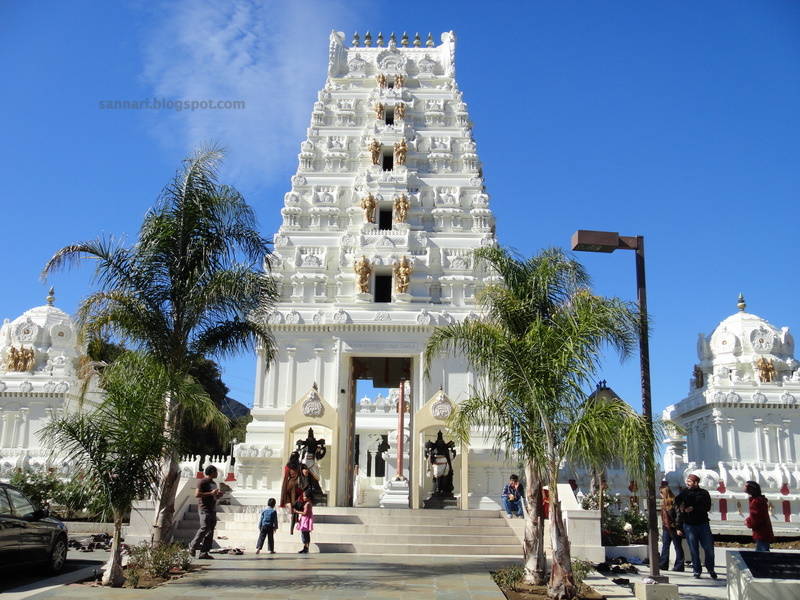 The front of the temple. Isn’t it beautiful?!

The architecture was spectacular and very intricate. I found myself at awe throughout the tour because everything was carefully planned and the method of devotion was intriguing. It was also very interesting to watch the ritual progression when the worshipers were waking up the deity by bathing the statue of Vishnu in the womb chamber. 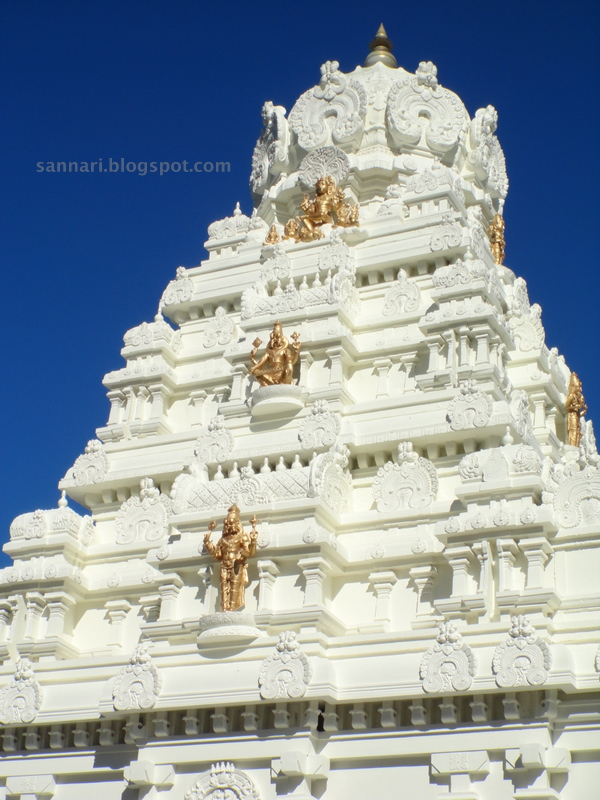 The top portion of the temple

I love the golden accents of the deities! It makes the place feel mystical and sacred. 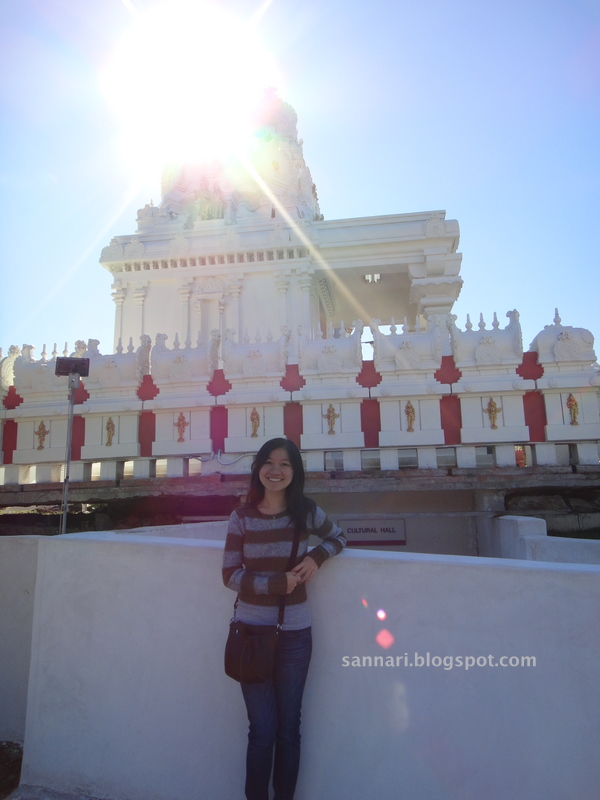 This was the largest temple that I have ever been to. I can’t believe that the temples in India are substantially larger than this temple! 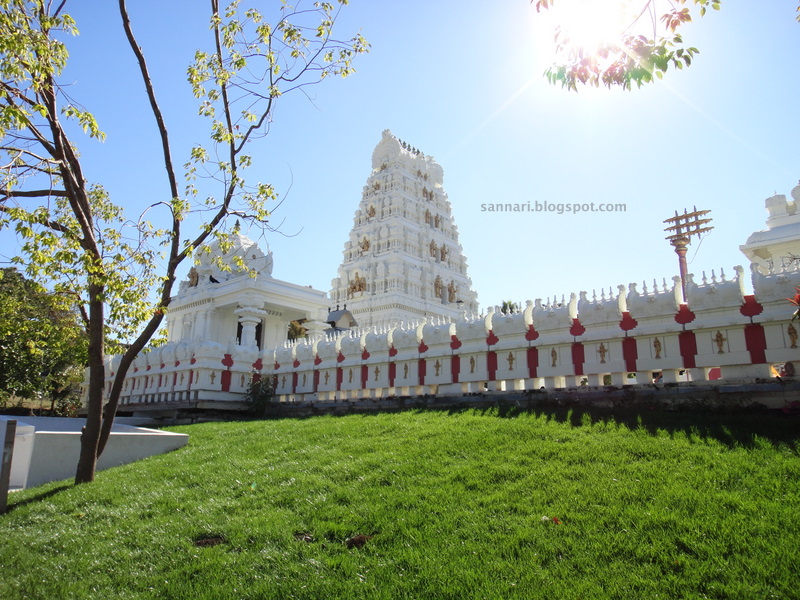 This is my favorite picture of the day!

Here is the side view of the temple. You can tell from the photo that it was a beautiful and clear day. It was perfect picture weather! Overall, I really enjoyed visiting the temple and it was nice to experience what I had learned about in class. I hope you go and visit the temple one day! It will definitely be worth the trip because the people at the temple are very kind and informative.

That is all for now. Until next time! :)