Recently, my sister and I went to Disneyland and Disney’s California (DC). It was really fun! I think we got lucky a lot of the times for particular rides and meeting characters. The DC day wasn’t as fun as the Disneyland day though…mainly because it was a holiday weekend and there were a lot of people. DC day was still pretty cool though; we were able to do things that we were never able to do…like watch the Aladdin show and go on the Little Mermaid ride. That was entertaining. On the other hand, Disneyland was way more exciting. We got to take pictures with multiple characters, watch the parade that they had, and watch the Fantasmic show (is that what it’s called?). We also got really lucky with the lines for certain rides like Indiana Jones and Pirates. I lost my ticket while waiting in line for Indiana Jones though…so that was a drag. However, I think it benefited us somehow because we were still able to go on all of the rides that we wanted. For example, we went on Space Mountain twice!! :D The first time we went on, the ride broke down on us at the very end. The second time we went on, we got the front row! That was amazing. It’s my favorite ride at Disneyland. However, I always find myself drooling like a dog on that ride for some reason. I guess I get too excited. 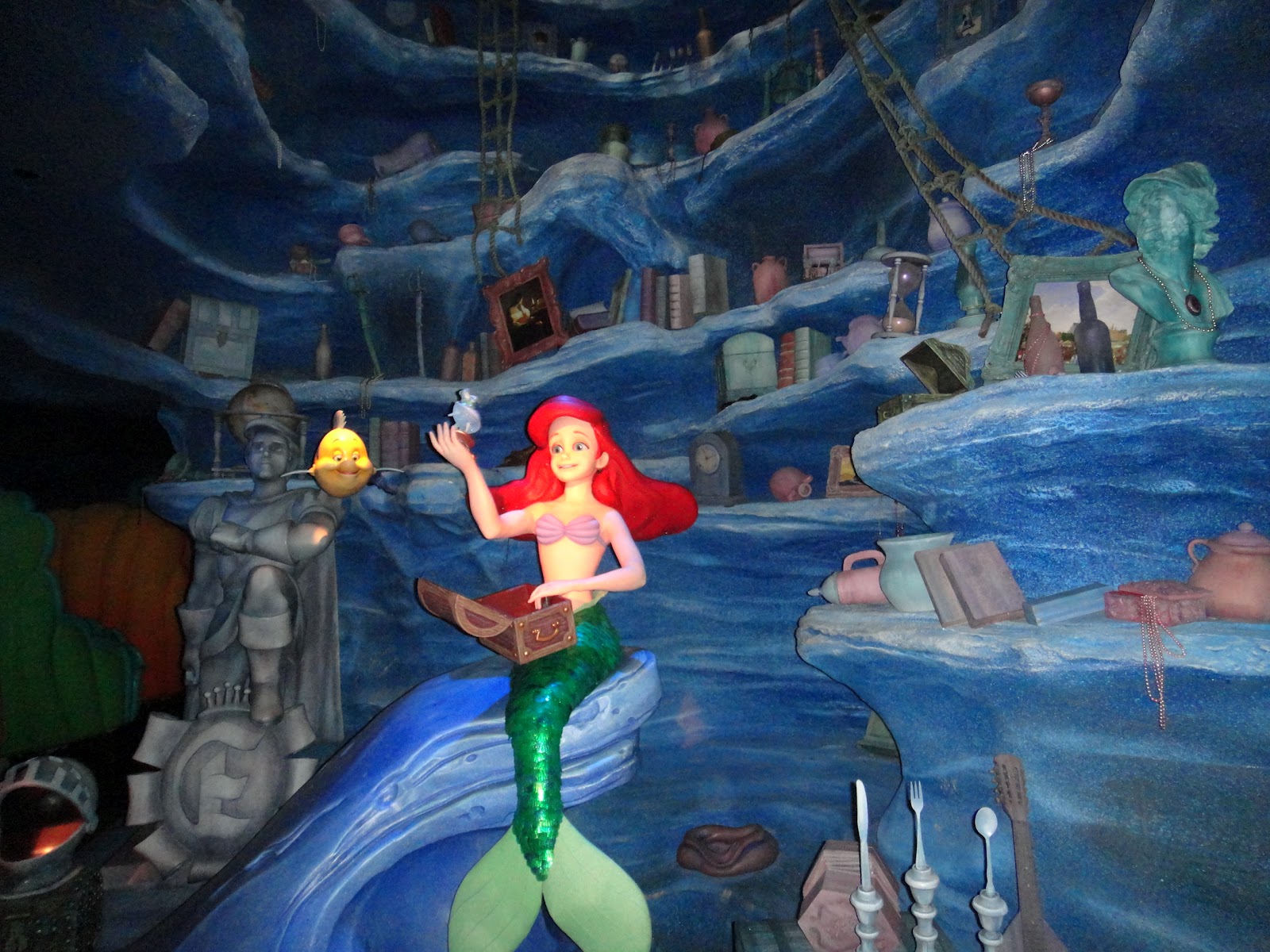 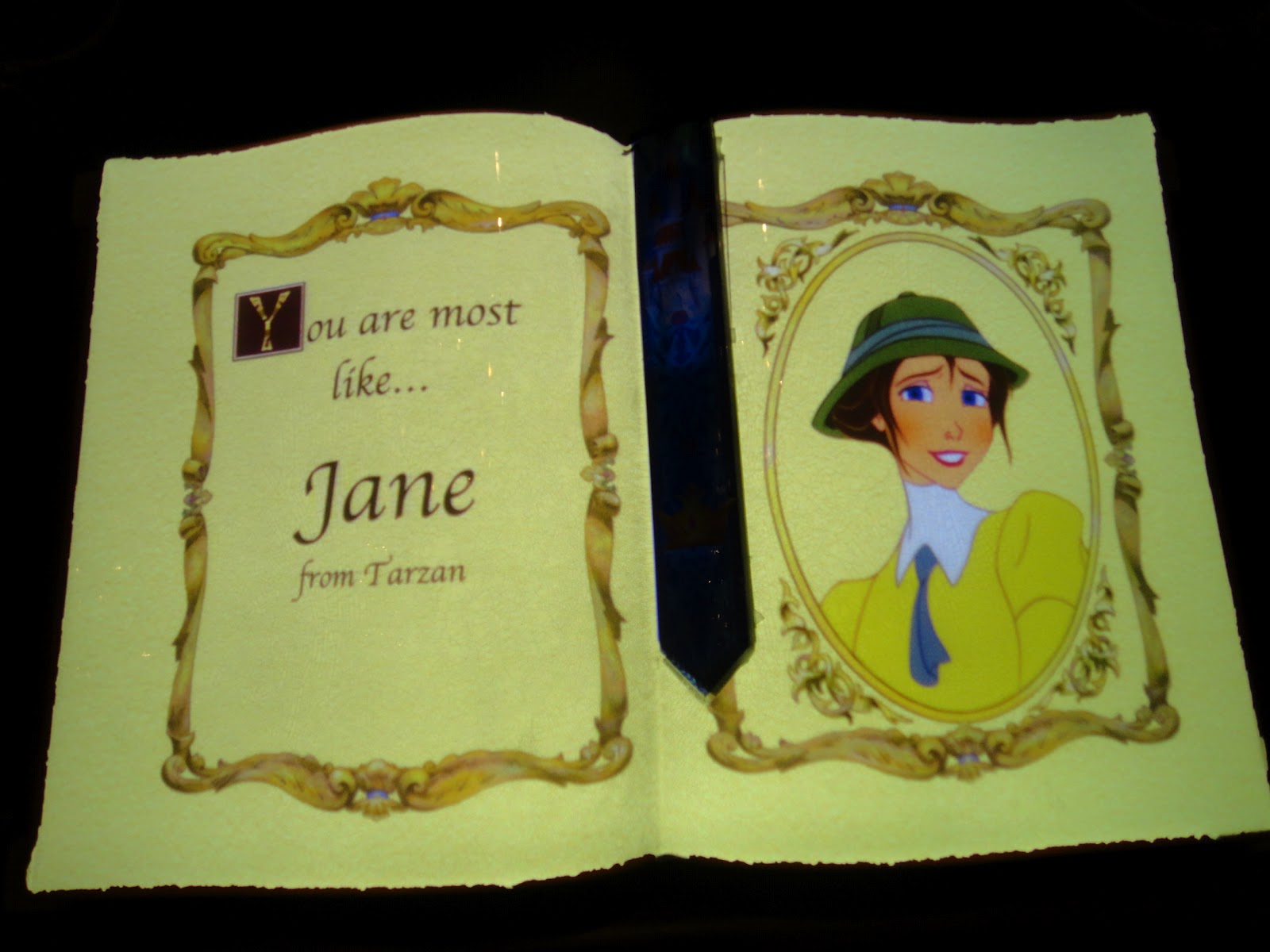 The inside of the Little Mermaid ride…I really need to learn the names of all of the rides instead of just calling it as I remember it. And apparently, I’m most similar to Jane from Tarzan! Woo! That’s right. Rocking it with the jungle folk. 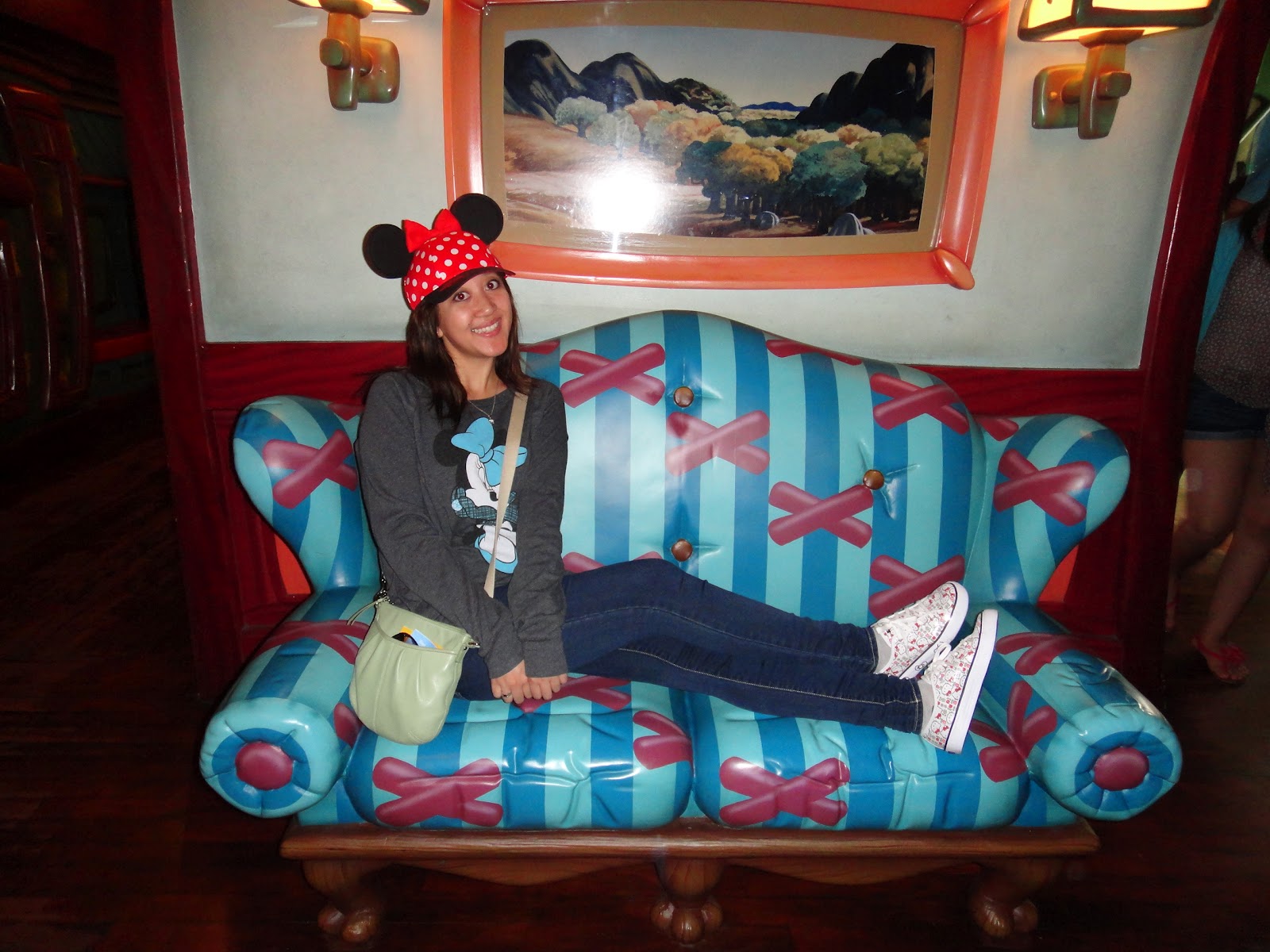 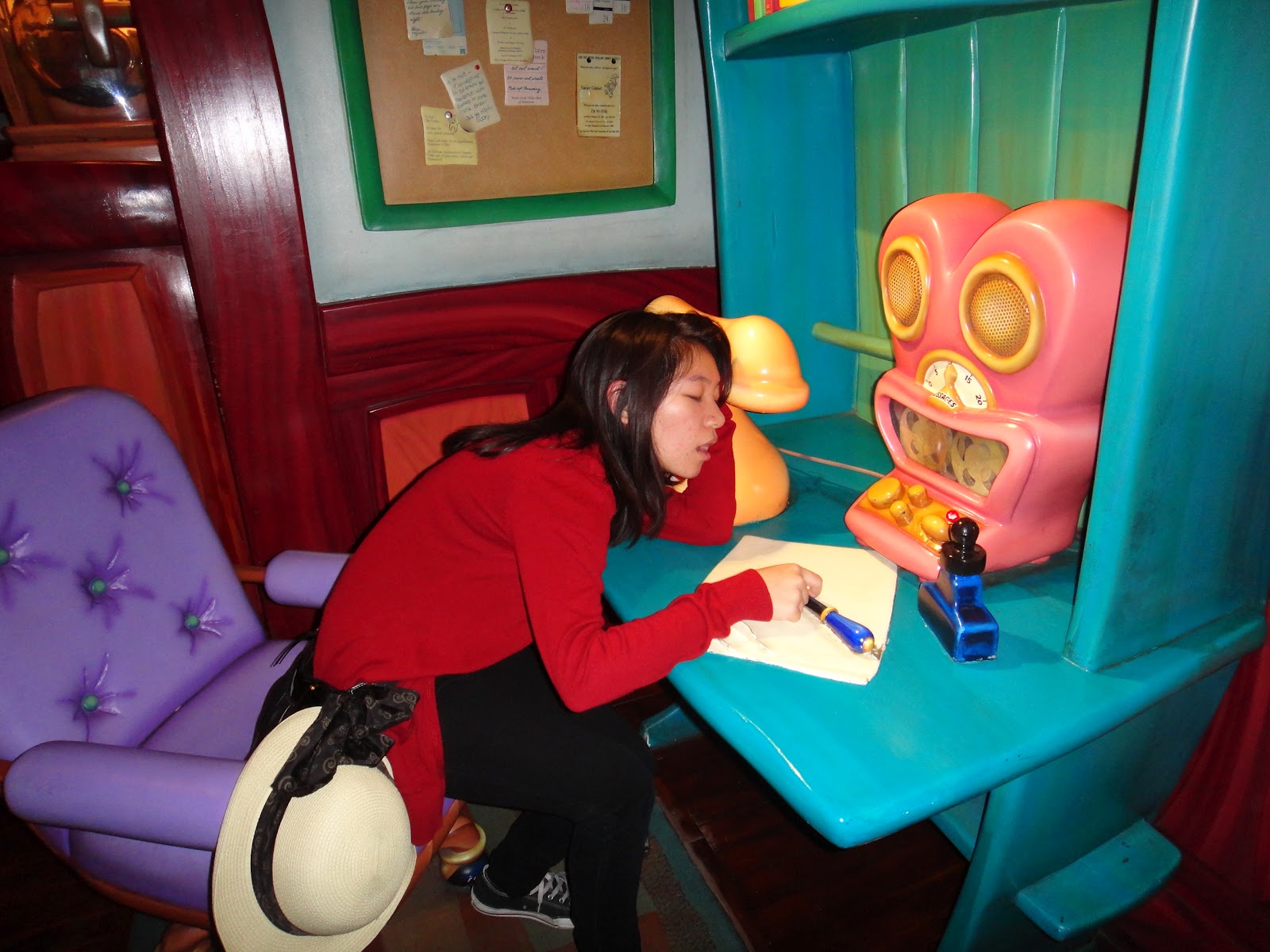 My sister sitting on Mickey’s couch. Me…falling asleep at his desk. Literally me in class sometimes. Not even gonna lie. 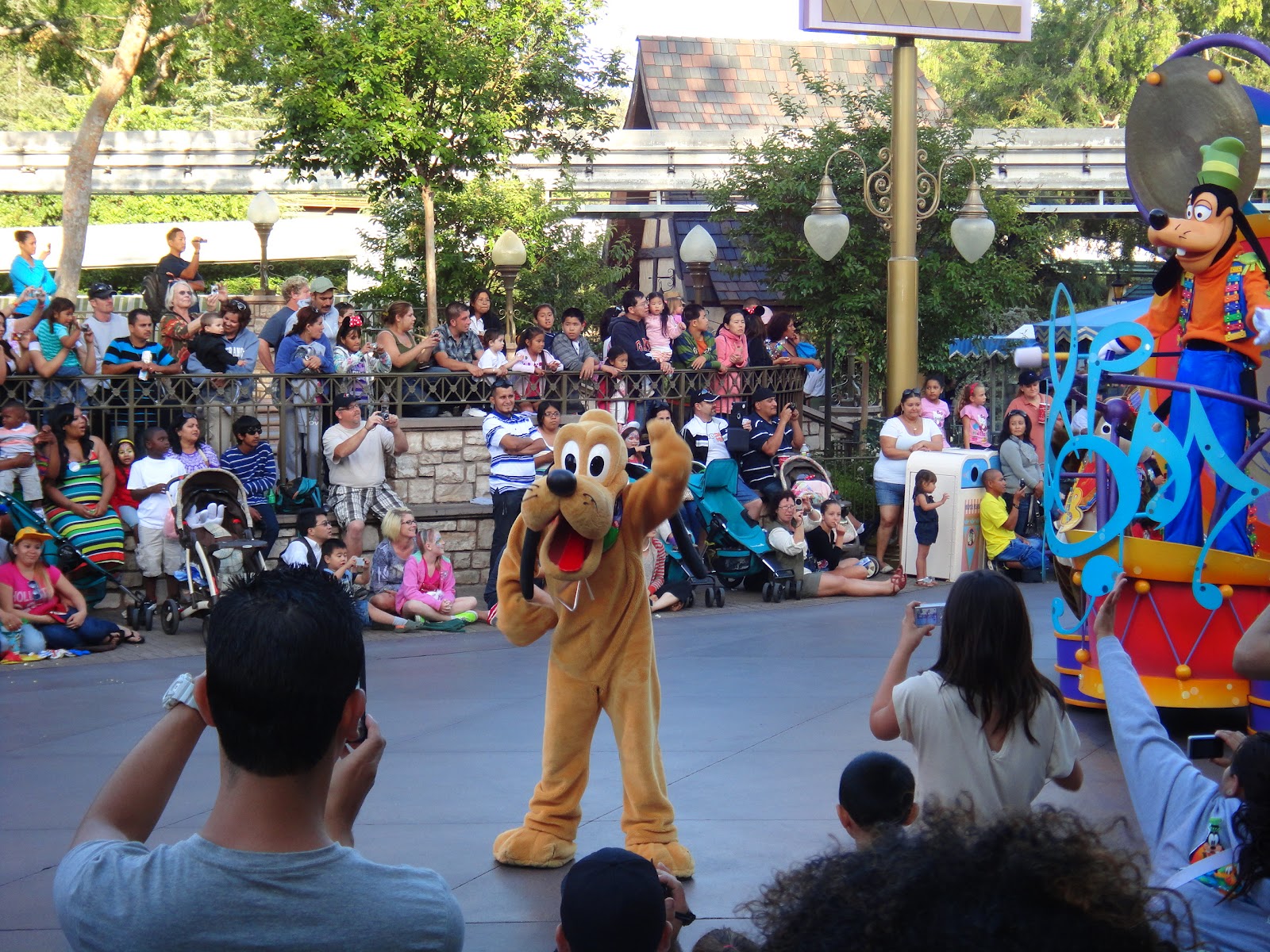 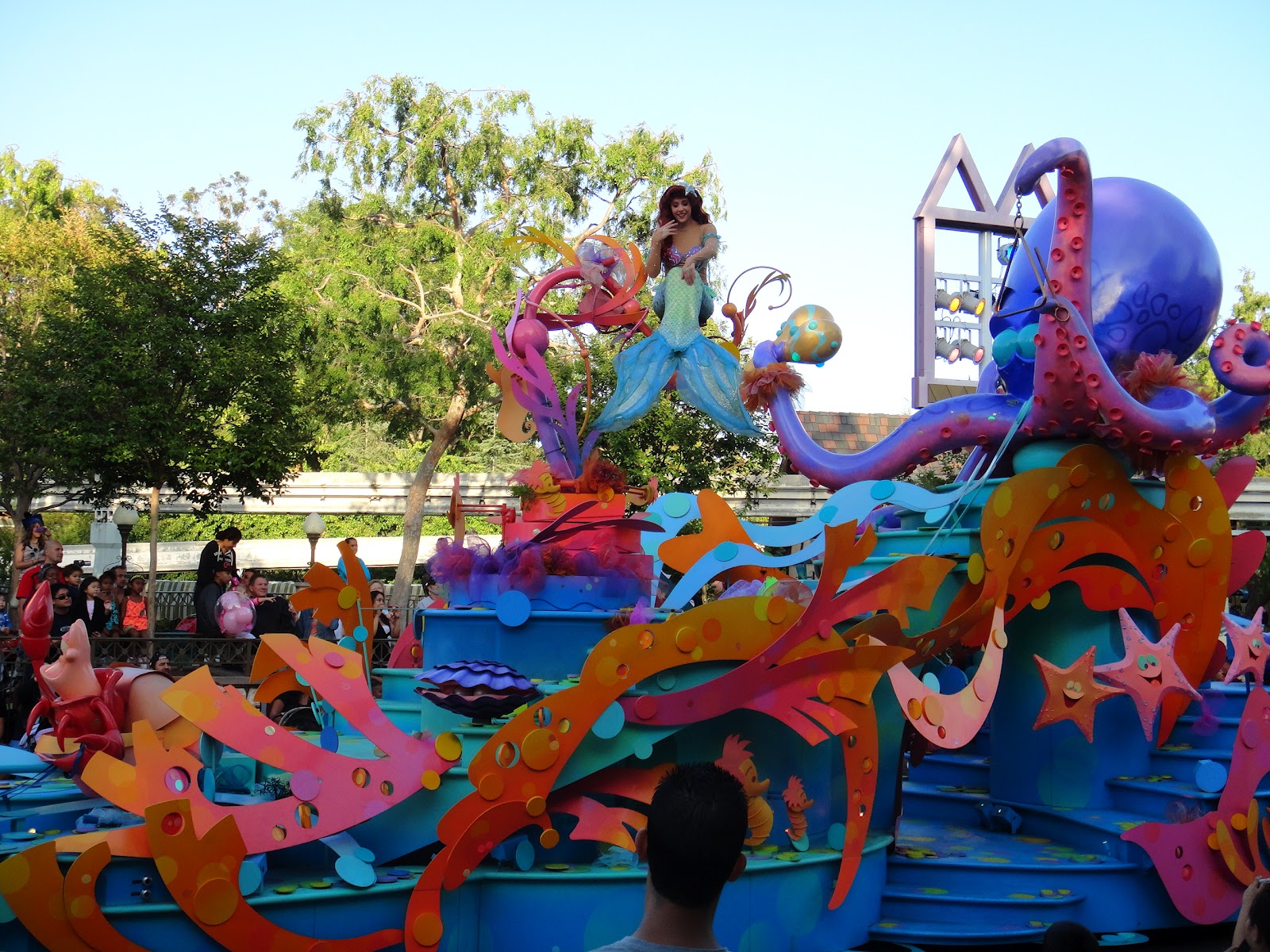 There’s Pluto giving a thumbs up in our general direction. Ariel doing something towards our direction…blinking, maybe? Honestly, I think she finished waving or flapping her tail or something but my shutter speed was a tad too slow. 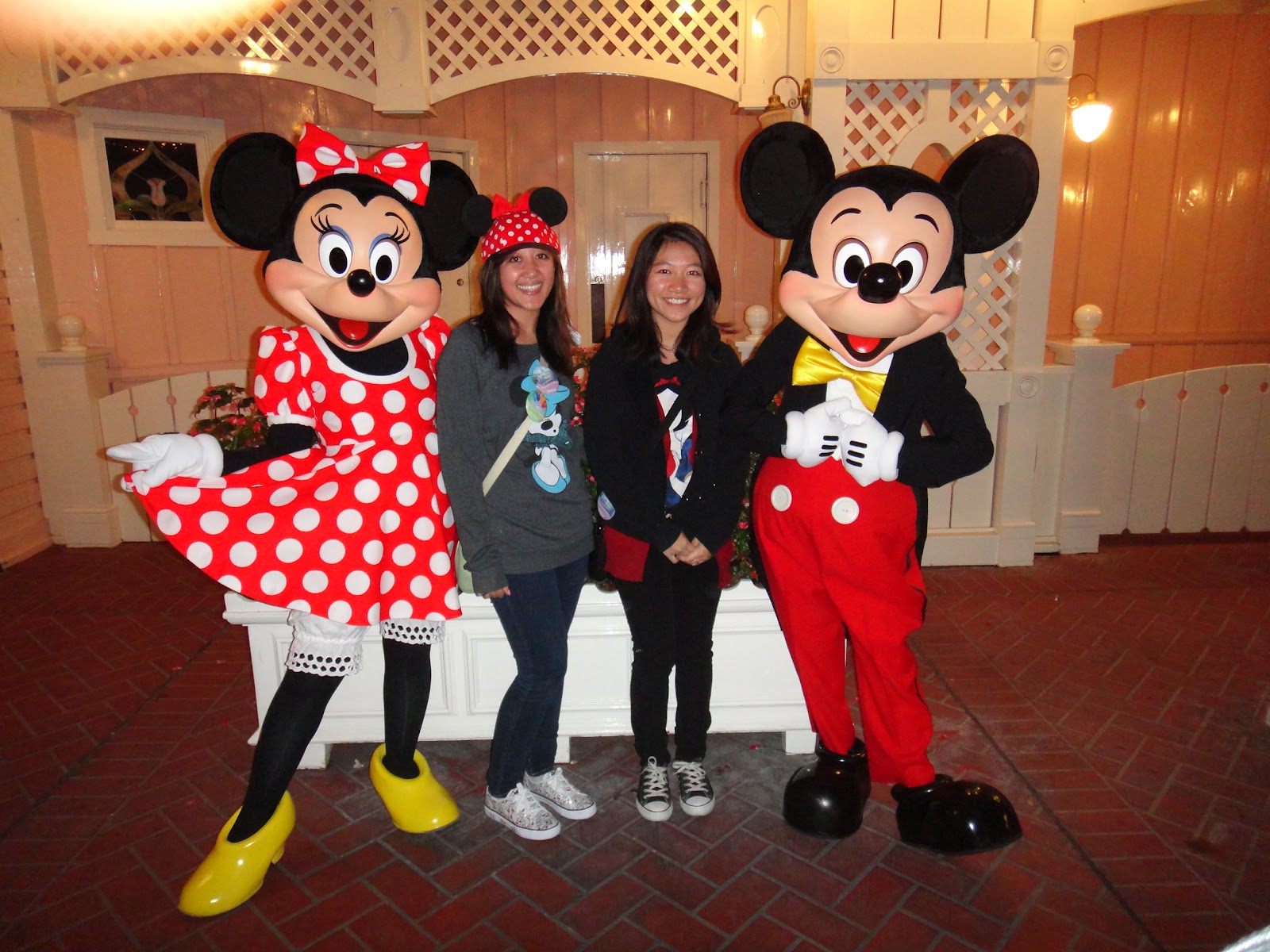 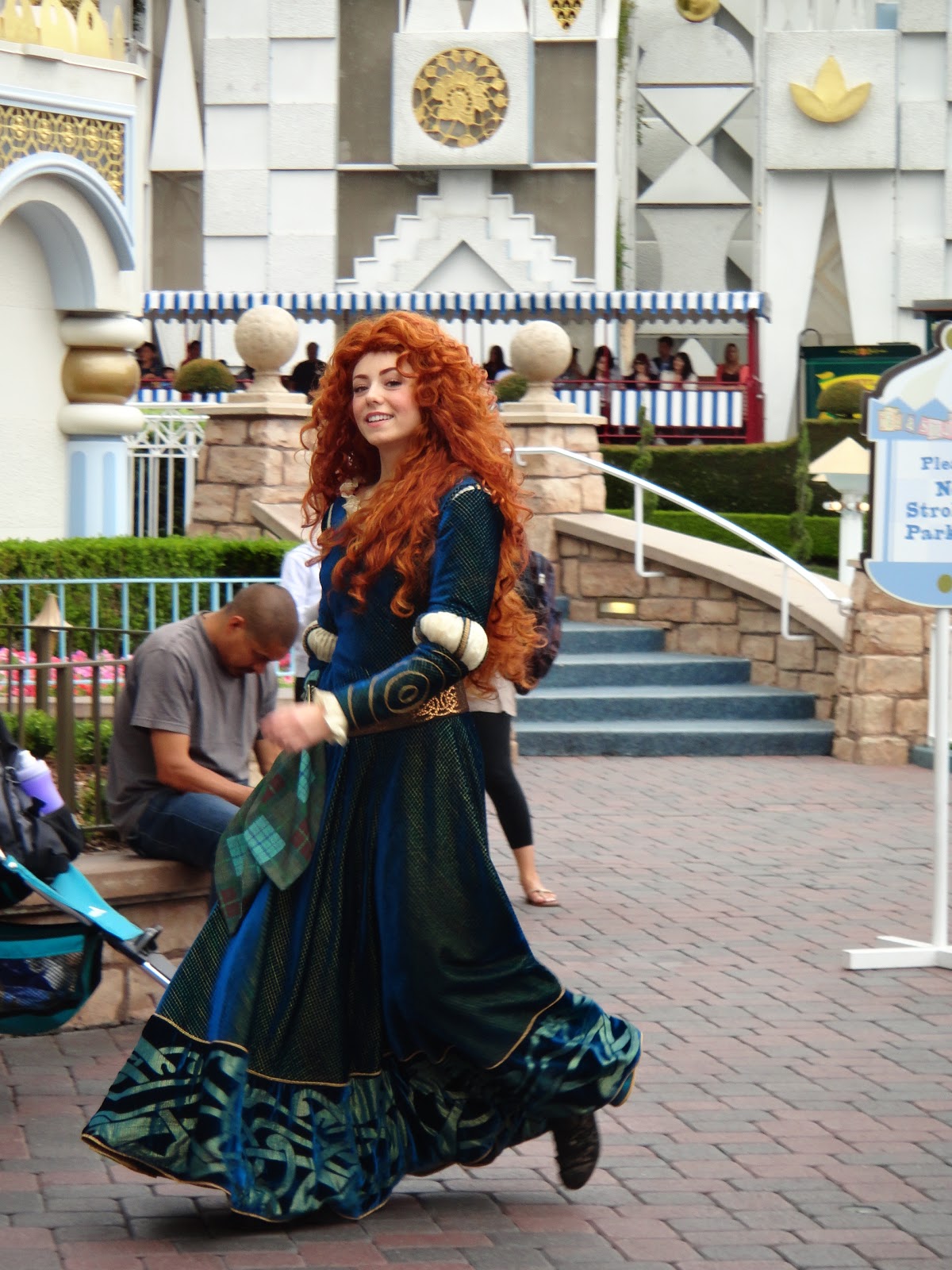 Minnie, my sister, me and Mickey. He kissed my hand and she gave me a hug. That was probably the closest I’ll ever get to a celebrity. Oh, and that girl on the right is the new character from Brave. I don’t recall her name. I’d look it up but my internet hasn’t been cooperating today. 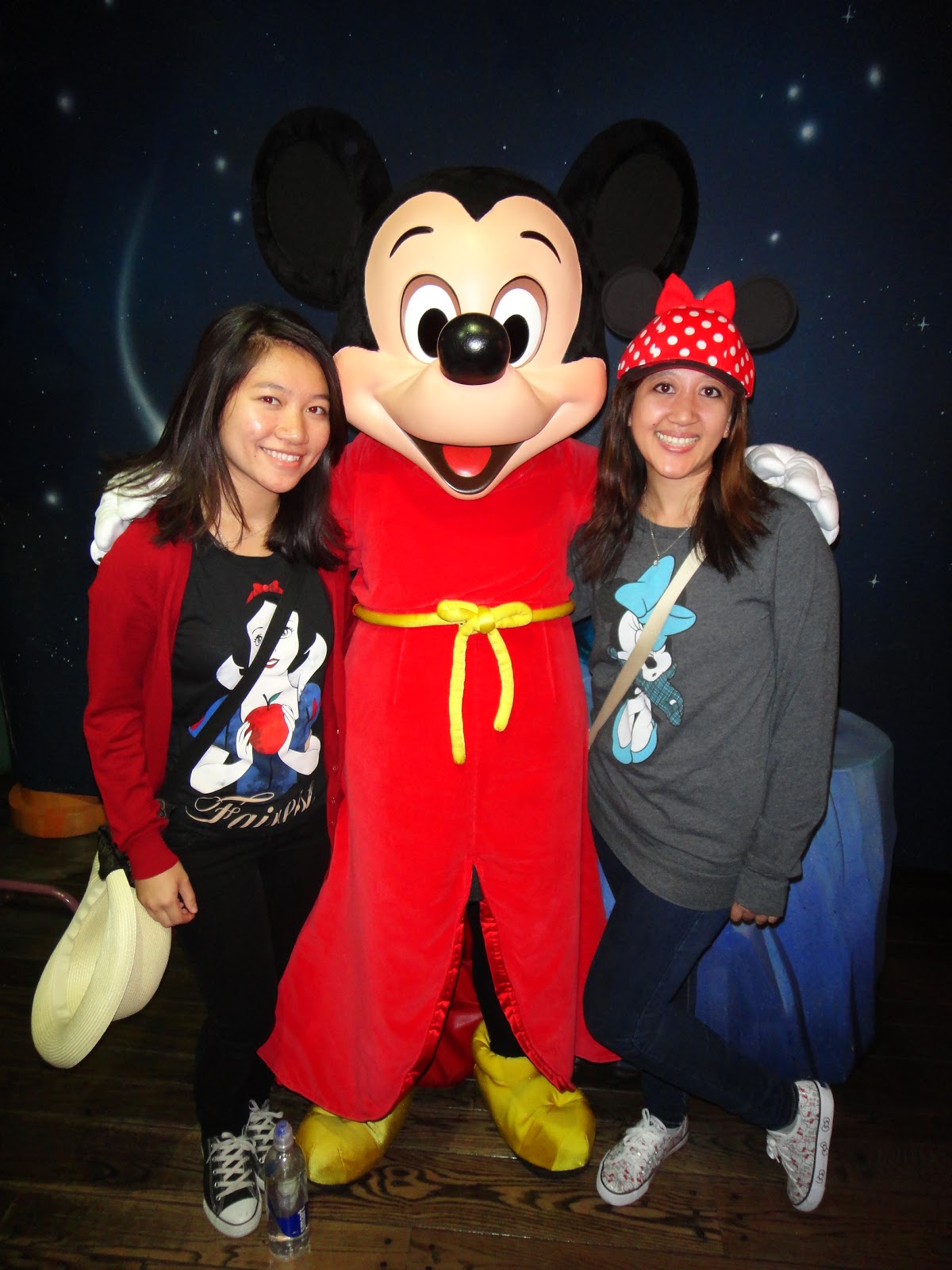 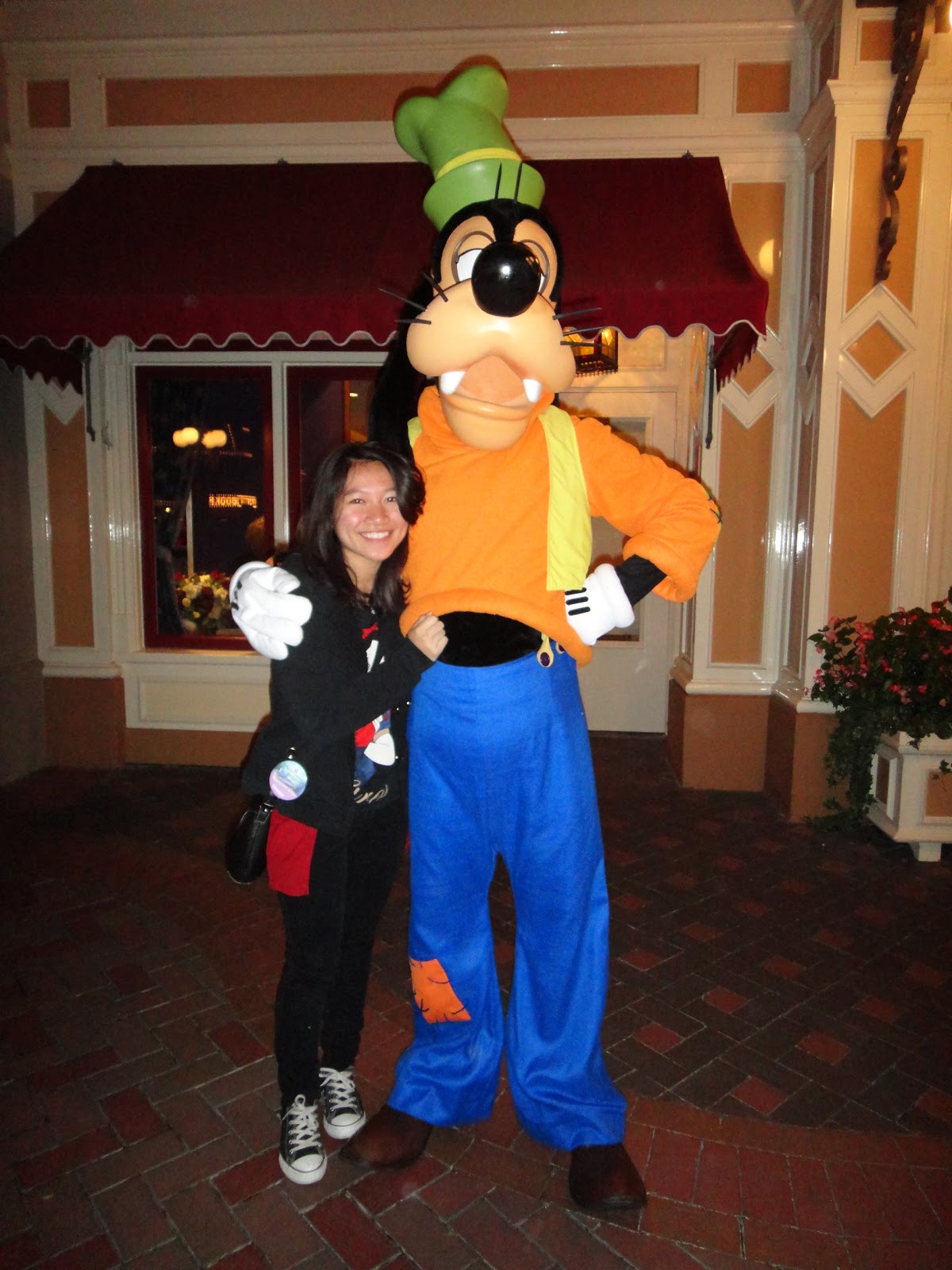 That’s me and my sister inside Mickey’s house…with Mickey. He’s in his…PJs? Oh! and that’s me and Goofy. When I met him, he hugged/swung me around…that’s why my hair is strange in the photo. Just wanted to clear that up!

Again, sorry for the strange layout of the photos. Blogger just doesn’t want to make posting pictures appealing, I guess. Anyway, I was really excited because we were able to take pictures with some of the characters. There were others that we saw standing around but by the time we got to them, they had to leave. Nevertheless, being able to take pictures with three main characters is a success in my eyes!

6,482 thoughts on “Disney’s California and Disneyland”