I hope you are doing well :) Surprisingly, the weather is kind of nice in southern California right now. According to my mom, it rained this morning! Yay! Let’s see how long it lasts before the sea of fire comes back though…

For this blog post, I wanted to go over the first half of 2013. As I’ve mentioned in one of my previous posts, 2013 has somewhat been a boring year so far. I actually foresaw this though because I wanted to focus on my future this year – such as figuring out what I want to do and getting things ready to start my  real grown up life. If 2012 was the year of new beginnings and experiences, then 2013 (so far) is the year that I get my shit together. Let’s get started, shall we? :)

Nothing exciting happened this month. To be honest, I was at school for the majority of January. This was the quarter where I wrapped up my senior thesis so not much happened.

Much similar to January, school was the main focus of my life in February. However, I did go to a mandatory field trip to the Getty Villa Museum in Malibu. That was an interesting experience. I’ve been to that museum before, but I think that this trip was especially memorable because my professor dragged our tour on for almost 3 hours straight. We only needed to study one sculpture and she saved that one for last. I was about to flop over and die because I was so hungry and tired. Nevertheless, it was a nice trip. 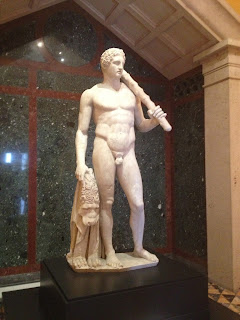 The sculpture that we all waited to see 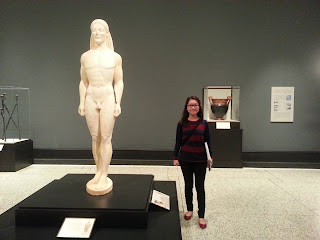 Me and Kouros. We’re the cutest couple, aren’t we?

This was the month where I finished with my senior thesis! Ahh…that weight being lifted off my shoulders was one of the best feelings in the world. Acceptance speech: I would like to thank all of the people who wrote about Do Ho Suh and his artworks. I would also like to thank my advisor and mentor, Professor Pradel, for helping me with the entirety of the paper. But mostly, I would like to thank myself for actually finishing this paper. Hahahaha. But seriously. I can’t believe I finished it.

However, I did go through one of the most stressful experiences of my life. On the 6th, B.A.P tickets went on sale for their Live On Earth concert. I CANNOT EXPRESS HOW MUCH I WANTED TO GO TO THIS CONCERT. O_O Holy mackerel. Okay, so I basically had 2 computers open, I was texting my sister, and I had a phone out so I can make sure that I got the tickets to the show. Once the tickets became available, I tried everything in my power to get the tickets. However, I couldn’t get anything. I was shaking so much. I was about to cry until my sister tried her hand at getting the tickets. BAM! Right off the bat, my sister got the tickets!! *forever screaming because of the stupid method of how people get tickets in random order* They weren’t the tickets that I wanted but I was happy because I was finally going to see my wonderful babies in person.

Moral of the story: don’t get into kpop…but once you do and your idols come to the U.S., you will go through hell and back to get tickets. It seriously shaves off 10 years of your life just getting the tickets. OTL

April was also when I got my first ukulele! :D It’s awesome. I love it very much! 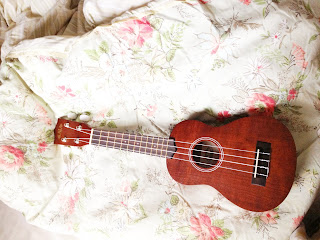 My wonderful ukulele. Songs that go on and on…

B.A.P!!!!!! Let me just tell you how much I love B.A.P really quickly. Unlike the other idol groups that I listen to, B.A.P never ceases to amaze me. They always come out with new stuff and they always increase my anticipation for what they have in store for their fans (aka Babyz). Not only that but their music is spectacular. I literally have to make it a point to stop listening to their music sometimes because they’ve been on repeat on my phone for two weeks straight. They help write their own songs so their music isn’t the typical cookie-cutter kpop song. ALSO, the group members are very genuine. They get along well together and you can see the love that they have for each other. Honestly, they are my favorite group (alongside Big Bang…who are kpop kings now).

Okay, onto the day of the concert. It was on a Tuesday (a day that I go to school). I was going to skip school and go to the concert but I decided against it…mainly because I hate missing class and I don’t have that rebellious side to me when it comes to school. So I went to school with my sister and then we went straight to LA after class. We hung around Little Tokyo for a bit and then decided to go to the venue. We stood in line for a long time, met some cool people, saw Danny from 1TYM, and then we were released into the theater. I bought a t-shirt from the concert. It’s beautiful…but I haven’t been able to wear it out yet because it’s quite thick and it’s hot around here. 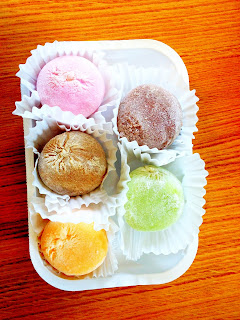 If you want a way into my heart, mochi ice cream is the way to go 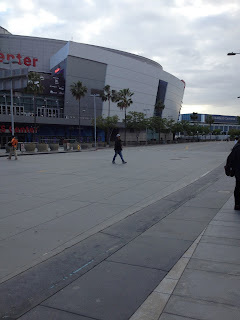 Danny from 1TYM filming his Danny From LA segment 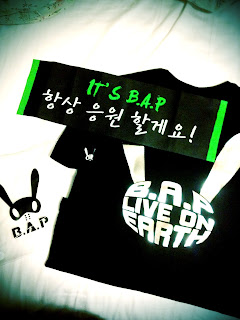 The beautiful shirt, the baggie it came in, and the banner <3

I’m not going to go through everything that I experienced at the concert but let me just tell you (without exaggerating) that this is the best concert that I have ever been to. Let me explain why: this was the first leg of their tour. Nobody knew what to expect – including me. So everything came as a surprise. For the 2NE1 and Big Bang concerts, I knew what to expect because I saw fancams and pictures and stuff. However, for Live On Earth, I had no idea what to even expect. So the surprise was awesome!! Not only that but we were quite close to the boys, which was surprising. I thought that our seats were further, but we were close enough to see their faces quite clearly. They were almost flawless live and you can see how much love they have for the fans. I cried in the beginning of the concert again…I really need to work on that. Himchan waved to my sister. I think Yongguk laughed at me. It was all glorious. I didn’t take any pictures…that’s how awesome this concert was. 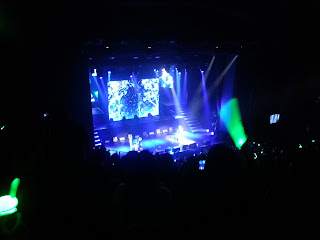 This is a picture that my sister took since I was too preoccupied crying over B.A.P 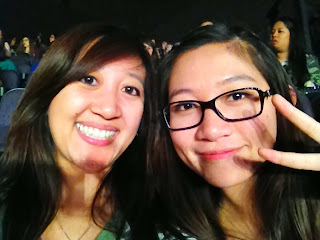 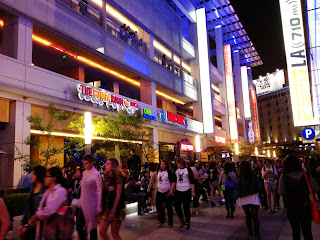 The only proof I have that shows I was at the concert. The aftermath.

My family friend also had her wedding in May. It was really fun and I enjoyed it very much. Here are some photos from that day. 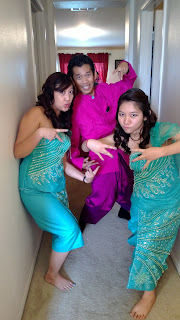 I don’t know about you but I think my siblings and I are the coolest. 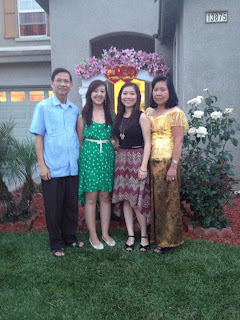 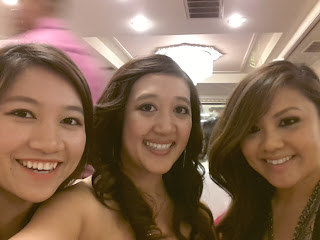 I also made a trip out to LACMA this month. It was for class but it was a nice visit. 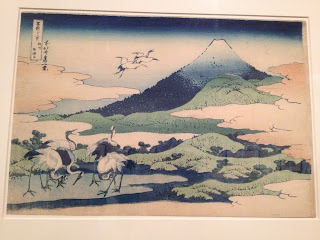 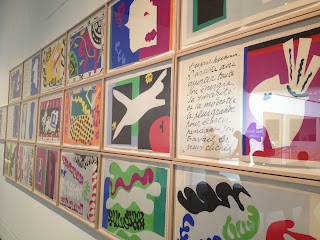 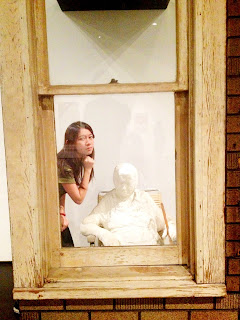 Me chillin with an old white lady 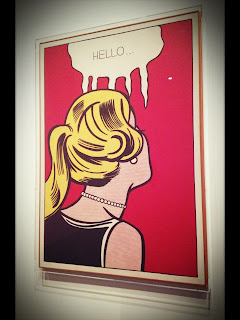 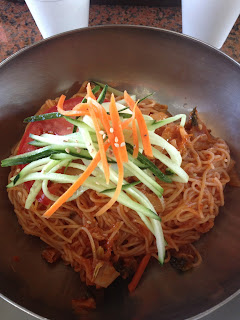 Half-way through the year! Yay! June’s most exciting event was the Mud Run that I did in Irvine. It was ridiculously fun and satisfying. Honestly, I couldn’t believe that I was going to encounter some of my worst fears at this mud run…like climbing over 8 ft tall walls and running through chest deep “puddles” of mud!! It was such a great experience. I was very proud of myself after I finished. I would definitely do it again :) 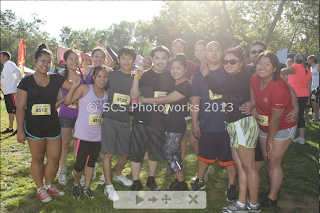 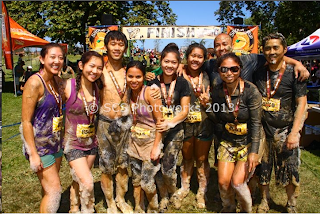 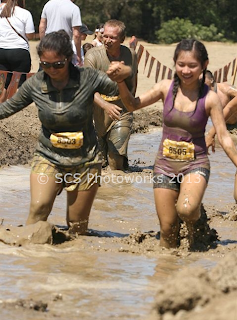 That’s all for the first half of 2013! This year went by quite fast, didn’t it? I sometimes can’t believe that we’re already in July! For some reason, my mind refuses to believe that it’s July. Anyway, let’s see where the future takes me now that I’m caught up with what has happened within the past year. Time to update with recent events!!

Thank you for reading, my wonderful reader! I hope you have a lovely day/night! Until next time :)